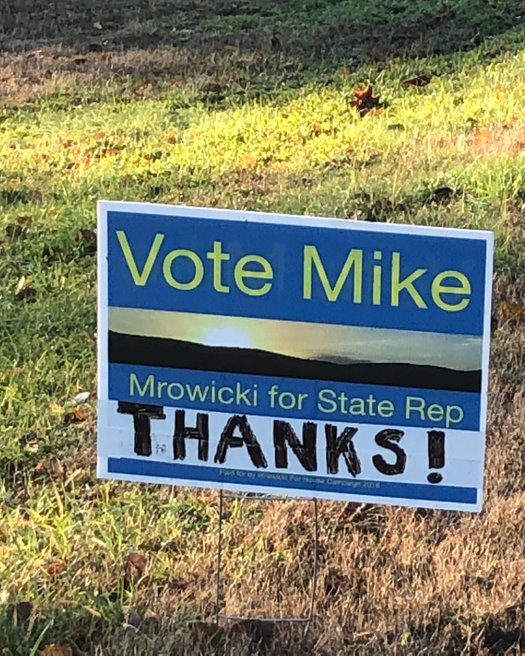 Locally, the State of Vermont

If you need help with a legislative concern or help with getting an answer from State Government, feel free to call me at 802-387-8787

Climate As A Public Health Emergency

The smell was what I noticed first. Not unlike when a neighbor is burning brush down the road. “Down the road”, though, turned out to be smoke from wildfires in Manitoba and California that were staining our skies last summer. That was the headline.

The body of the story dove deeper into the effects and how fires in Canada and California created air quality here, labeled “Unhealthy”. Advisories then ensued, to people with asthma, allergies or other breathing problems to stay indoors. In Vermont.

To date most Climate headlines have focused on floods, fires and droughts. Now, here’s Climate as a  Public Health Emergency, jumping ahead and reminding us, is there anything more importat than having clean air to breathe?

We now know wildfire smoke can trigger respiratory events thousands of miles away. Reports show flooding can kill from drowning and create huge property damage but also increase rates of suicide and mental health problems. We now also see that warmer winters expand the range of disease-carrying mosquitoes and ticks. A recent study in the medical journal The Lancet, finds that human-caused climate change is worsening human health in just about every measurable way, and world leaders are missing an opportunity to address it.(This report is available for free online-     https://www.thelancet.com/journals/lancet/article/PIIS0140-6736(21)01787-6/fulltext)

It is timely then that the Vermont Climate Council  is  wrapping up work on a public report. The Council looks to set standards for carbon reduction and resilience, and the Legislature will be ready to push legislation to implement its report. That report is scheduled for release in December with input from the public needed. Coincidentally, Vermont will be getting it’s part of the big Infrastructure bill, Congress just passed to make the investments in a cleaner future.

In the next Session, Climate will certainly be a headline issue. There’ll be tons more to do, though, which is why all 26 Standing Committees of the Legislature are lining their  priorities up and preparing for next session. Of course, as Covid keeps grabbing us by the ankles and refusing to loosen its grip, we’ll have to deal with the health issues there. We’ll also be working to make sure the economic Recovery from Covid keeps rolling. And, as importantly, Racial and Social Justice  will also be on the front burner as the Me, Too, BLM, and LGBTQ+  movements - and the need for them- haven’t gone away.

Thank you to the Windham 4 voters of Putney and Dummerston for your votes and hiring me to continue working for you in Montpelier.

My promise to all constituents, first, last and always, is to work hard.

These are challenging times up ahead, and it’s clear Vermonters don't want us wasting our time on unfounded grievance.  Solutions to the list of issues before us, aren’t going to be found by banning books, taking rights away from women, or wailing about teaching  our school kids a factual account of our history, so we can learn from past mistakes.

So thanks to the Vermonter voters who came out and exercised their franchise to vote. Once again the voters have spoken and  selected a cohort of newly elected public officials they expect to work together, for a better today and brighter tomorrow. And, now, it’s time to get to work.

by George Till, MD

There has been a lot of misinformation circulated regarding Prop 5/ Article 22 which will be voted on November 8 by the citizens of Vermont.  As both a member of the Legislature, and a physician practicing OB/GYN for 40 years, I have a unique perspective on the issue.  Additionally, I serve as the Division Chief of General OB/GYN at UVMMC.   It is physicians in this Division who provide abortion services at UVMMC.  I know the realities, policies, and health implications surrounding abortion in addition to the politics of the issue.

Passage of Article 22 by popular vote on November 8 will be the last step of a multi-step process to amend the Vermont Constitution.  The change was passed in the 2019-2020 legislative biennium.  As required, it was passed again by the legislature in the 2021-2022 biennium.  The popular vote is the final step.

Why is it important to make this constitutional change when we already have laws protecting reproductive rights in Vermont?   The laws can be changed at any time by the legislature.  In the current biennium, there were no less than 5 bills which would have placed restrictions on reproductive liberty in Vermont.  One was crystal clear.  In the intent section of the bill, it states: “This bill proposes to narrow the right to reproductive choice”.  Without the proposed  constitutional amendment, there will be ongoing attempts to restrict reproductive rights in each and every legislative session.

One of the most common pieces of misinformation around Article 22 is that it will prevent any abortion restrictions  and “enshrine pregnancy terminations up to the time of birth” in the Vermont Constitution.  This is blatantly and completely untrue.

It does not mean that there will be no restrictions on abortion procedures in Vermont.  What will be enshrined in our Constitution is that politicians, the legislature and Governor, will not determine what restrictions will be placed on abortion procedures.  That will be left, AS IT SHOULD BE, to the hospitals, professional medical organizations, and the Board of Medical Practice, to set standards of care with which providers must comply in Vermont.    The Board of Medical Practice can revoke one’s license for a single episode of  “failure to conform to the essential standards of acceptable and prevailing practice”.  As such, practioners are held to evidence-based standards.  Additionally, state regulations require reporting every termination to the state, and if beyond 20 weeks, with a completed death certificate which requires extensive background information about the parents and medical situation.

The decision about specific medical procedures does not belong with the Legislature.  It should be made between an individual and their healthcare provider in the medical setting. There is not currently, nor will there be due to Article 22, any provider or facility in Vermont doing elective terminations beyond the gestational age of 21 weeks, six days, 22 weeks being the currently accepted threshold of viability.  Very rarely are terminations done after 21 weeks 6 days and those are done only in a hospital setting at UVMMC.  Hospitals are very highly regulated and the UVMMC maintains clear guidelines prohibiting elective terminations from 22 weeks onward.

A pregnancy termination beyond 21 weeks, 6 days is rare and would only occur in very specific circumstances, including for severe fetal anomaly, a fetal condition incompatible with life, or a dangerous, possibly life-threatening maternal health reason.

If a termination is requested beyond 21 weeks 6 days,  an ethics consultation must be obtained to review the indications before the induction of labor or termination can be done.  If the Ethics Committee does not agree, the termination is not done.  In 2020, a total of 18 terminations were done in Vermont after 20 weeks of pregnancy.

There is also misinformation being spread about safety and health implications of abortions.  Abortion is an extremely safe medical procedure. Less than 0.3% of abortion patients in the United States experience a complication that requires hospitalization.  The risk of dying from a legal abortion in the first trimester—when over 90% abortions in Vermont are performed—is less than four in a million, making pregnancy  termination one of the safest medical procedures.

According to the CDC Carrying a pregnancy to term is 33 times more likely to result in maternal death than having an abortion.

There is also substantial misinformation being spread about the long term health effects of having a pregnancy termination.  An expert panel convened by the National Academies of Sciences, Engineering and Medicine in 2018 concluded that having an abortion does not increase a person’s risk of mental health conditions such as depression, anxiety, and post-traumatic stress disorder.  The National Cancer Institute published a report categorically dismissing any causal link between abortion and breast cancer.  Abortions performed in the first trimester pose virtually no long-term risk of such problems as infertility, ectopic pregnancy, miscarriage, congenital malformation, or future preterm or low-birth-weight delivery.

Research shows that those most likely to seek abortion care, including women of color, poor women and those with chronic  health conditions, are also more likely to encounter serious complications during pregnancy

Banning abortion nationwide would lead to a 21% increase in the number of pregnancy-related deaths overall and a 33% increase among Black women, according to research from the University of Colorado Boulder.

THIS IS THE MAIN POINT: Pregnancy terminations are very safe procedures, and the earlier in pregnancy they are done, the safer they are.   The result of legislatures  restricting access to reproductive healthcare, including abortion,  is a large  overall  increase in maternal morbidity and mortality.  This is why passage of Article 22 is so important.

a strong, healthy Vermont, with an Economy that works for all, not just an elite few. 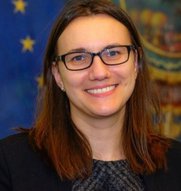 Vermont House Speaker Jill Krowinski took the time to meet with the two WIndham 4 Reps, Mike Mrowicki and Michelle Bos-lun recently. Here's a link to the interview on BCTV.

Here's another  link to an interview with Rep. Copeland -Hanzas, Chair of House Government Operaions Commiteee, and also Co-chair of the Legislative Climate Solutions Caucus

Please turn to the Legislative Update page for reports on the 2021 session.

Also,Please also feel free to be in touch with questions, suggestions or requests for help, esepcially if you're experiencing problems with food, shelter, health care or safety- or any problem thatfor which  you just don't know where to turn.

I can try and find ways to find help or cut through the red tape that might be holding up vital ssitance for you and your family.

Here's a link to the January Monthly Online Community Meeting with 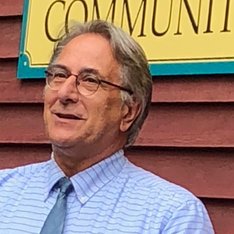